WHY I DON’T EAT CHOWDER 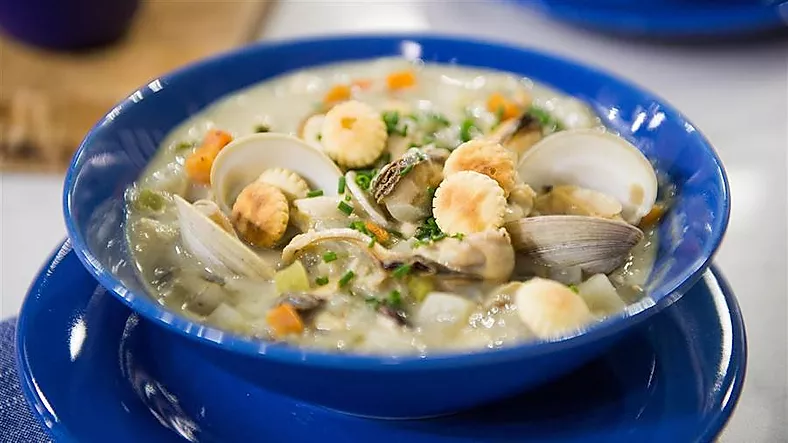 WHY I DON’T EAT CHOWDER

Correction. I don’t eat anything labelled “chowder.” Rename it soup and I have no problem.

Back-pedal to a chubby three-year old sitting on her mother’s lap at the piano. Legs too short to reach the pedals. Fat little fingers struggling to press down the keys.

That was me. The first piece I ever learnt to play was called “Ou paddatjie kom aangespring.” (“Old froggie comes hopping along.”) I think I still have the music.

It was a two/four beat. Crotchets. (Quarter notes) Minim (Half notes) at the end. Key of C.

That was the start. I’ve been surrounded by and immersed in music my entire life. Sound can ruin my day. Read: I Think I Just Shot The House

It’s a horribly harsh unmusical sound. It’s that “ch” followed by that “d.” With that “ow” in the middle.

So I’m strange. Everyone knows that.

I can’t say I post to my website? Or I write short articles about hugging and other life lessons? No,

I HAVE A BLOG AND I’M BLOGGING.

I wondered how on earth that word came into existence and even found its way into Webster’s Dictionary.

The term “weblog” was coined by Jorn Barger on 17 December 1997. It was shortened to “blog” in 1999 by programmer Peter Merholz. And 5 years later Webster’s Dictionary declared it The Word of the Year. (HALP!)

And these two, chowder and blog are guaranteed to send me into orbit.

But it doesn’t end there. This week we will be attending the

Please. Can any combination in the English language sound more tacky than this? I don’t eat oysters anyway but if I did, this phrase would have the same effect on me as chowder.

Then there’s my name. If only my parents had known how much grief three little letters could cause.

My mind took a road trip.

MUSIC. Nothing that’s dissonant, please. In my piano exams I always scored sky high on classical and romantic pieces and then fell flat on my face with the modern composers. Meh…

LANGUAGES. I’m not going to risk alienating a follower. But I will confess to my favorite. Well-spoken French. Italian a close second.

Do I slip up? You bet I do! And I picked up something from a much loved sister-in-law that I mutter to myself.

This can be anything from a Pyrex dish I dropped or a rope than tangled.

I find it terribly funny and so the mere fact of saying it defuses both the situation and my temper.

I don’t have issues with the sound of a fighter jet screaming overhead. It’s the sound of freedom as a friend pointed out.

I don’t have issues with the sound of an ambulance siren. They could be saving a life.

THE SOUND OF SILENCE.

Rest a while and allow the Voice that matters to talk to you.

Till next time, Cyber Hugs and Blessings all.

And now, take a trip with me back to 1981 and a live performance in Central Park.