TWO BOYS AND A DOG 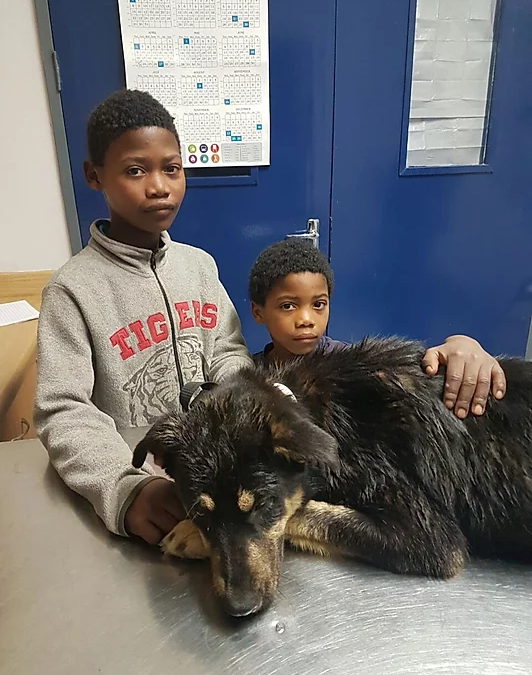 TWO BOYS AND A DOG

One was fourteen years old. His name was Peter. He owned a pair of shoes.

The other one was eight years old. His name was Gerry. He did not have any shoes.

Peter had the whopping sum of South African R7.00. (Roughly fifty US cents.) He was saving up to buy shoes for his younger brother.

They had a dog. A one-year old mutt that looked like a cross between a German shepherd and an Australian Cattle Dog.

They loved their dog very much. They called her “Meisie.” (Lady.)

One day their dog got sick. She wouldn’t eat. The boys knew something big was wrong. Someone told them about a dog doctor in the nearby town.

The boys decided to go there. Carrying their sick dog, the boys walked for four hours to the dog doctor.

Gerry walked bare-feet. The money Peter had saved for Gerry’s shoes would go to pay the doctor to make their dog well.

The dog had tick bite fever. A killer if left untreated; sometimes fatal even if treated.

The kind doctor and his staff gave Peter’s money back to him. They took Gerry and got him shoes from the thrift shop.

Then they took the boys home. The parents said it was okay to share their story and their picture.

Meisie (Lady) survived. One of the lucky ones. Thanks to two determined young boys. 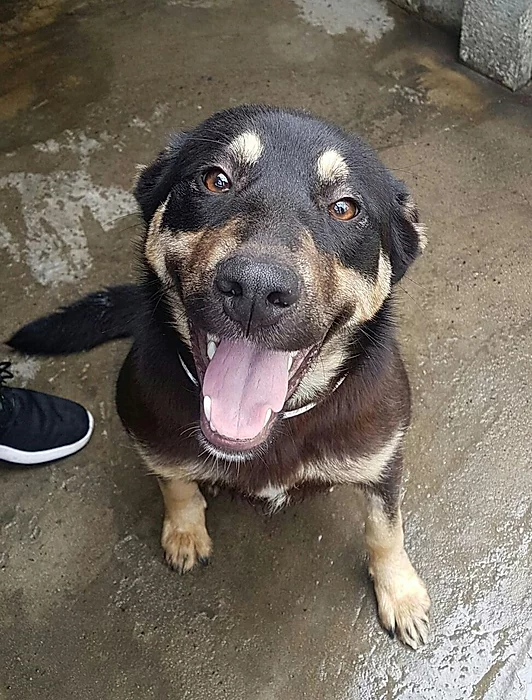 I look at my spoilt fur babies. And I think –

I remember when my Lhasa Apso woke up paralyzed.

The panic. The rush to the neurologist. The surgery. The final cost.

All these boys had was SAR7.00 and trust.

They have now been crowned Junior Animal Welfare Ambassadors of the AWS of South Africa. Maybe we even have future veterinarians in the making!

Philippi on the Cape Flats is in the poorest of the poor areas of South Africa.

Wouldn’t it be wonderful if everyone who read this story donated a small amount to the AWS in South Africa?

Cyber Hugs and Blessings All. Hold your fur babies close.