TODAY I HUGGED A FORMER MARINE. 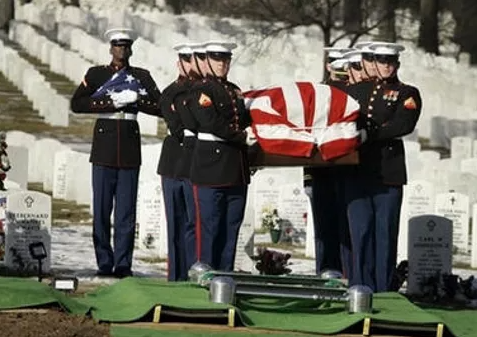 TODAY I HUGGED A FORMER MARINE.

(Actually it was more than a week ago but it sounds better to stay “Today I hugged…..)

I’d stopped to gawk at the remnants of what must’ve been a massive tree. A three foot in diameter hole, edged with spikes of broken bark and surrounded with yellow “keep out” tape, told the sad story of a giant that was no more.

As the pups sniffed around and I mused on the demise of the tree, two things happened. The front door opened, a man stepped out and from under a nearby shrub, a huge cat emerged.

“They won’t do anything.”

“Oh I’m not worried about them,” came the reply. “But my cat will attack.”

I took another look at kitty. Its eyes were huge and shining and the fur on its back porcupine straight. “Maine Coon,” I said.

“Yup,” said the owner. “His father was a Connecticut champion. He loves people but can’t stand other animals.”

“I can commiserate,” I told him. “My poodle has the same problem. Takes a dislike to some dogs for no reason.”

He shooed Mr. Maine Coon (this was no kitty) into the house and ice broken, I felt free to ask if the tree had come down in the storm. “That it did,” he told me, “and flattened the trunk of my car. Nothing left.”

From there I truly don’t know how it got to where it ended. I made some remark about judging on appearances and he told me about his son’s “friends” stealing the kid’s new play station. He bent down to play with the dogs, straightened up and suddenly said,

“You can only trust animals. The human race is an evil species.”

The story rolled out. It was as if he wanted to tell a stranger. He’d retired from the Marines, went into the Reserves, had a nice house on Miami Beach, a good life, worked as a bouncer for a friend who owned a nightclub in Miami, looked forward to every day.

Then came 9/11. And he was called up. “I was sitting on my bag when the first rockets were fired,” he said.

I waited. “I lost 19 of my friends in Somalia. Guys I lived with, joked with, ate with.”

I just stood. What on earth could I possibly say to make it better?

”I’ve seen the absolute worst of what humanity is capable of. I lost 19 of my friends,” he said again. “I have 450 stitches in my back and steel splints in both legs. (He listed a number of other surgeries I cannot remember.)

“And look at this,” he said and held out his arms. Scars crisscrossed once smooth skin. We stood looking at each other, an elderly privileged woman and a man that had seen things I can’t even bear reading about.

He started talking again; giving me the viewpoint of someone who’d been “Boots on the Ground” about the crazy wars we were fighting with no hope of winning. Insightful and private. Not mine to share.

“I haven’t pointed a gun at anyone in 10 years.” And for the third time he said,

And then, and then, I looked at this tough guy and said –

Absolutely no hesitation. “Sure,” he said. It was a one armed hug on both sides as he was holding a mug of coffee and I was holding, yes, you guessed right, a bag of dog poop.

He abruptly turned and eyes shining, headed for his house muttering, “There should be more stuff like that.”

“I love you,” I called to his retreating back.

“Love you to, hon,” he replied as he went up the steps.