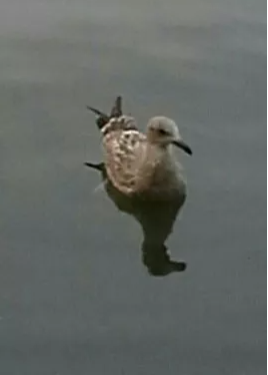 Thus, as novices we had a choice and settled on Cheerios for two reasons. Cheerios are cheaper than cat food (go figure) and I will eat Cheerios but I won’t eat cat food. As a treat, of course.

Soon, of course, the sea gulls realized the Five F’s. Fancy Free Food from Final Fling. They’d swoop in, whooping and hollering in true sea gull fashion but Mother Duck had no patience with these scavengers, chasing them if they tried to land.

It soon became a ritual until one beautiful morning when I stepped onto the aft deck to greet my usual welcoming committee. My Duck Family, front row please, hovering around the swim platform. Second tier, seagulls hoping to get a Cheerio flung to the outfield.

Then, “shiver me timbers but what doth approached, paddling fast, the strangest creature these old eyes had ever beheld.”

I yelled for Steve, reached for my camera and started taking pictures. It had the head of a seagull but the body of a duck, a large duck at that. My duck family quacked and scattered; the seagulls squawked and took to the air while the creature scooped up a few Cheerios, turned, paddled away fast and then with a mighty flap of wings, took off as well. 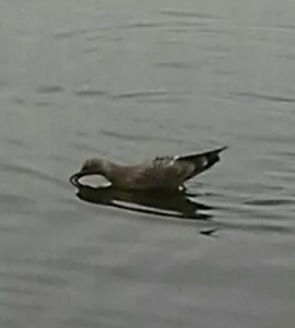 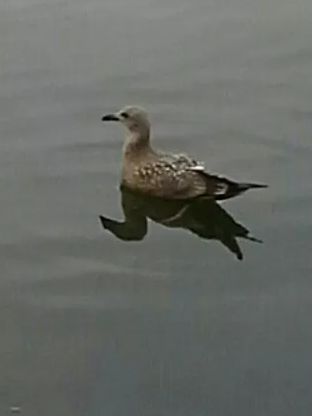 It made a circuit and then came in fast. Its wingspan was that of an Osprey, its attack/fishing mode that of an Osprey, but then it stuck out its feet and leaning back (think Concorde) skidded to a halt, throttling back in true duck fashion.

Nobody wanted to have anything to do with this weird creature. It had the Five F’s (Fancy Free Food from Final Fling) to itself. It fed; then left without making a sound. I never saw it again and felt truly sad for this loner.

So I thought, (I’m always thinking), there must be a lesson here somewhere.

When you try to be everything to everyone, you end up being nothing to anyone.

If you try to fit in everywhere, you will end up fitting in nowhere.

Come gentle readers. Any and all suggestions welcomed! Let me hear from you.