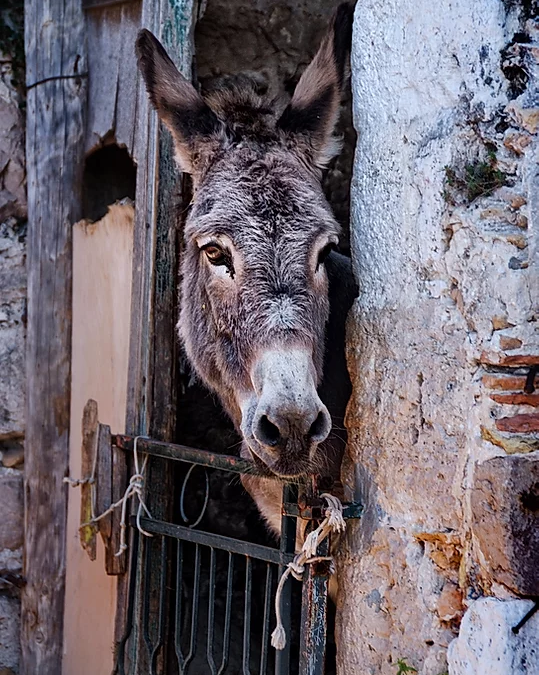 Methinks I’m not as smart as a donkey.

And then there’s me.

I tend to rush.

Especially the door where the dog food lives.

I hit my expensive OTC (over the counter) knee on the door.

One would think because it’s artificial it wouldn’t hurt.

As I limp away I promise myself to be more careful next time.

But sooner or later I’m going to do it again.!

That “something” we do because we are not paying attention.

Aren’t we fortunate that there’s something called –

And it’s ours for the asking?

But back to that humble donkey.

That carried our Lord into Jerusalem on his final triumphant ride.

And stepped on a bed of palm branches. Sharing the joy of being with the Lord.

I’m forthwith going to try to be more like a donkey.

Food for thought there.

Photo by Milivoj Kuhar on Unsplash