THAT KID IN THE CANDY STORE 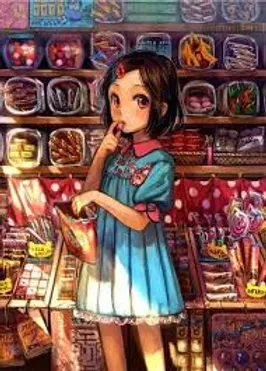 THAT KID IN THE CANDY STORE

I’d gone to town with my mom. I hated the trip. Forty miles in a hot car. No air conditioning. This was the late forties.

And it was a dirt road. You had a choice.

I don’t remember much about those days but I do remember that dusty road.

And there it was! McCaughey’s Pharmacy. Or drug store as we say in the States.

Mom was busy but the only thing I had eyes for was that urn-shaped glass container on the far left side of the counter. Filled with

But on this day the urn was empty. I can’t remember why. I do remember –

The disappointment after the anticipation I can recall, seventy years or so later.

Now, what on earth made me think of empty candy containers?

Well, for a year now I’ve been rubbing my hands at the thought of being near Washington DC and the Kennedy Center. A mere car ride away.

I’d forgotten that summer is holiday time, rehearsal time and a “skimmed” down program. I had to wait and see what September would bring.

And there it was.

I almost fainted. My imagination ran riot. Who would be singing Aida? And Radames? And Amneris? And…and…and…

Because of logistics (dogs, driving at night with aging eyes and more), we always go to a matinee. Slobbering with anticipation, I grabbed my calendar.

There were two matinees. The first would be iffy. If bad weather, we wouldn’t be back at our marina, the car and the driving to DC.

The second one? We were nowhere around.

My inner child curled into a bundle of misery. A tantrum wasn’t an option but oh the disappointment.

The Blue Goose, aka my kayak and I took off for open spaces. And grappled for a perspective. And found it.

And I’m whining because I won’t see Aida?

So I got a grip. But still, but still, how I would’ve loved to experience a live performance of Verdi’s majestic Aida.

There might be better recordings out there but as I’ve been in love with Pavarotti since the first time I heard him sing, please sit back and enjoy. Even if opera isn’t your thing.