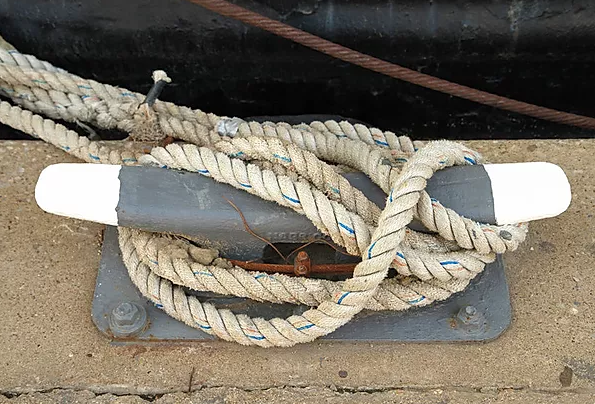 I’m taught life lessons in the most peculiar ways. Sunday, a couple of months ago, was such a time.

“Final Fling” (our floating condo for the uninformed) had left Solomon’s early in the morning, heading for an “un-named marina” and an overnight stop.

Chessie (aka the Chesapeake Bay) was somewhat temperamental, two foot waves head on made for choppy waters and a seasick dog. (Dramamine administered too late.)

We’d called ahead but were told no need to book, many slips available and none of the normal details of the vessels was taken, i.e. name, length, width, draft, how many nights you are staying AND your credit card. On arrival we were left to hover at the fuel dock in what is a small space for us. Boats coming and going (it’s Sunday, the weather is good and everyone is out to play.)

Much activity from the dock hand on his walkie talkie.

Dock hand: “Name of your vessel?”

This was getting ugly and going nowhere so I hustled bow, spring and stern lines and stood manning the spring. (The spring line is in the center of the boat.)

Dock hand: “Tie up at the fuel dock until we get your details and find you a slip.”

For the love of every boater! Couldn’t this have been done when we called?!

Cutie Patootie Blondie Summer Help shows up and says “How are you?”

“Great” says she and with these pleasantries out of the way, I throw her the spring line which she catches and then stands there, holding it, 50K of boat.

For a moment I became my husband and yelled (the only way to be heard over the engines.)

“Tie it around a cleat! You can’t hold this thing!” Now, it wasn’t what I said, it was the way I said it.

That famous tone of voice that can cause so much grief.

A manager type finally showed up and ran to help her as she fumbled at the cleat. She disappeared and never reappeared. Formalities completed, slip assigned (it was as far away from the office as was possible, any further and we would’ve been on land), it was time to pick up the lines. The manager type had also disappeared by now and we were once again left to the mercy of the original dock hand.

I ran for the stern but my young friend, instead of waiting and throwing the line for me to catch, had aimed for the window and missed. Fifty feet of line was in the water and drifting behind the boat, engines running.

One foot on the aft deck, one outside on the stairs (not very boat safe) found me frantically hauling a wet and heavy line onto the boat. I almost made it but the final bit of line caught in the prop and there it was – a tug of war between a boat prop and Ida. (Karma? Pay back?)

I won and thanked my Boating Guarding Angel.

But my day was ruined and it was self-inflicted. I had no need to vent my frustration on Cutie

Patootie. That’s not who I am. I’d probably ruined her day as well.

Lesson of the Day?  Watch your mouth.