SOME THINGS CAN’T BE SALVAGED 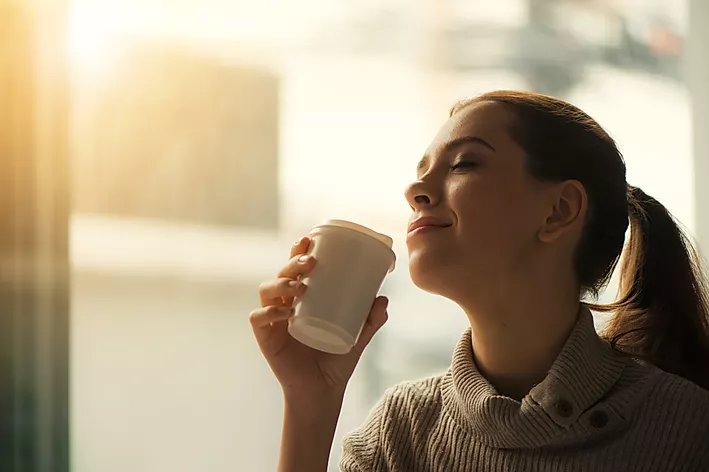 SOME THINGS CAN’T BE SALVAGED

We were on the last leg of our long drive home.

The Captain stopped for fuel. I ran into the store for coffee.

Dark roast, hot and strong was what I needed.

Next, creamer. Hmm. I didn’t want liquid. I’d cool down my coffee.

Ah. Canisters lined up. The first one said –

Skipped that. Picked up the next one. This would be powdered creamer.

Sprinkled a liberal amount. Stirred. Picked up and sipped.

I’d just dumped a load of artificial sweetener into my coffee.

In my defense, I’ve never encountered sweetener in canisters before. Sweetener comes in tiny rectangular sachets. Blue ones, pink ones, yellow ones.

I poured half of the coffee into a second cup. Filled Cup #1 with more coffee.

Found the “real” powdered creamer. Dumped it in and tasted.

Poured most of it into the trash. Filled up with fresh coffee.

AT THIS POINT I SHOULD’VE TRASHED THE ENTIRE THING. BUT NO, I WAS STILL TRYING TO SALVAGE SOMETHING.

Acutely aware of the Captain frothing at the mouth outside, I decided it’s good enough. I looked around for a cover.

None to be found. Frantic scrabbling on the shelf.

Back to the cashier.

She’d forgotten and had to go to the back to get lids.

Finally, I headed outside with our coffee.

“I could’ve had lunch by now,” was my greeting. “How can you take so long to get coffee?”

I knew better than to come back with a snarky reply. The man was tired. It had been a rough week. Cleaning out our boat. The emotional toll of saying goodbye to said boat. Driving.

Instead I spun a yarn around my coffee efforts.

I was rewarded with a smile.

The coffee saga did not end well.

We both took a sip, And another. Hesitantly a third.

The sweetener had done its job.

THERE WAS NO FIXING THIS ONE!

It’s the same in my life, I guess. There are habits I should trash.

I can’t modify them.

Gossip is still gossip. Even if prefaced with a smile and “she’s really nice but…”

Cussing is still cussing even if modified to sound like something else.

The cookies I sneak when no-one sees still violates the limit I set myself on junk food.

I HAVE TO GET RID OF THOSE HABITS.

SOME THINGS CAN’T BE FIXED.

Photo by Tirachard Kumtanom from Pexels