SHE ALWAYS SAT ON MY RIGHT 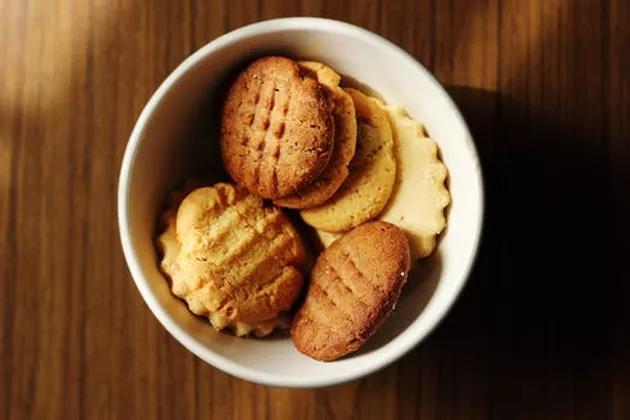 SHE ALWAYS SAT ON MY RIGHT

Wednesday afternoons were tuck box time in our boarding school.

Tuck boxes were imaginative creations by mothers sending their little darlings off to school for the semester.

My one brother told a story of how my mother cried tears of joy while preparing these. So happy to see us go off.  I could believe him.

The sky was the limit with our tuck boxes. With only one rule written in stone.

The contents had to be non-perishable.

The rest of the time these precious boxes were under lock and key in the “tuck room.” We weren’t allowed any food in our dorm rooms. Ants were a real hazard.

So, we suffered. Or at least, we thought we did.

The ritual commenced by sitting in a circle. We always sat cross-legged. I don’t know why.

We’d trade. Someone would always have something different. Oh, those cookies.

Different shapes. Different fillings. My favorite was a light-as-a-feather custard style cookie with icing or apricot jam filling between the layers.

I preferred the star-shaped ones to the round ones. Even if they tasted the same. I could nibble on the point of a star, savoring each crumb, test tasting the filling, lingering over the sweetness, working my way to the center.

Then there was “smeer.” The rolled-up fruit ribbons one can buy in super markets are pale shadows of the real homemade thing I grew up with. Apricots would be dried on pallets in the hot sun. Then minced. Sugar added. Rolled out thin. Fashioned into a Swiss roll. The slices cut cross-wise.

And finally, of course, no self-respecting Afrikaner child would have a tuck box without biltong. And no, biltong is not like Beef Jerky. Biltong is biltong.

And how biltong is made deserves a story of its own!

What goes through a thirteen-year-old mind that considers waking up at midnight to scarf hoarded cookies and snacks to be fun?

Not only that. Inevitably someone had a jar of peanut butter. The back end of a toothbrush doubled as a spoon and added flavor to the feast as we giggled at our daring.

Not so. This time a layer of danger was added to our stupidity. No scrounging of cookies and hiding them in our underwear until we had enough to have a feast.

No. We wanted our actual tuck boxes.

And these keys spent their nights on the bedside table of the dorm mother.

Someone had to go downstairs and filch those keys in the dead of night. And return them we were done.

Volunteers? Not a one. And so, we drew straws.

I was the lucky winner.

It’s fifty-seven something years ago. I still remember –

But she slept the sleep of a woman that had too much to do. Worked too hard for too little money. Taking care of a bunch of ungrateful teenagers.

My arm elongated cartoon style. Further than what is humanly possible. My hand closed over those keys, gathering them close to avoid a tinkling sound. In another Pink Panther parody style, I backed out of the room.

We had our feast. I returned the keys.

That was the last Midnight Feast of my school days.

But when I think of tuck boxes, my mind goes back to sitting in a circle on a Wednesday afternoon. And the girl on my right.

Irmgard. We called her Gardi.

I wonder what happened to her?