SAGGING IN THE MIDDLE 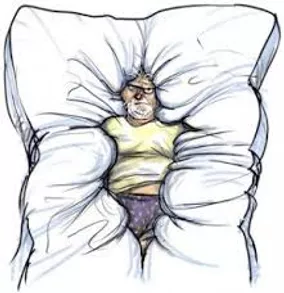 SAGGING IN THE MIDDLE

Many years ago, when I was in the throes of writing the Great American Romance Novel, I was taught an invaluable lesson by a mentor. When you get midway through your novel and the whole thing starts slowing down and sagging, introduce a new character.

I finished the Great American Romance Novel but sadly, no-one wanted it. My first taste of rejection in the publishing world! (Read Rejection.)

But I never forgot that sense of sagging in the middle. What to do? Down on my knees and begging is what I have to do. I see so much clearer on my knees.

I read 2 Tim. 4:2. “Being unflagging and inexhaustible in patience and teaching.”

By grace alone can I continue and how grateful I am that limitless grace is mine. I just have to ask (Read: You don’t have because you don’t ask.)

When I read 2 Corinthians 6:4-5 and meditate on what those early Christians suffered for their faith in spreading the word, how paltry and selfish my concerns become. I only need to remind myself of Ralph Waldo Emerson’s quote (although attributed to Emerson, it actually comes from an essay by Mrs. Bessie Stevens) to realize, no, I am a success.

“To laugh often and much; To win the respect of intelligent people and the affection of children; to earn the appreciation of honest critics and endure the betrayal of false friends; To appreciate beauty, to find the best in others; To leave the world a bit better, whether by a healthy child, a garden patch, or a redeemed social condition; To know even one life has breathed easier because you have lived. This is to have succeeded.”

And here is Mrs. Bessie Stanley’s version, an essay entry in the Emporia Gazette, Emporia,

“He has achieved success who has lived well, laughed often and loved much; who has gained the respect of intelligent men and the love of little children; who has filled his niche and accomplished his task; who has left the world better than he found it, whether by an improved poppy, a perfect poem or a rescued soul; who has never lacked appreciation of earth’s beauty or failed to express it; who has always looked for the best in others and given the best he had; whose life was and inspiration; whose memory a benediction.”

Cyber Hugs and Blessings All