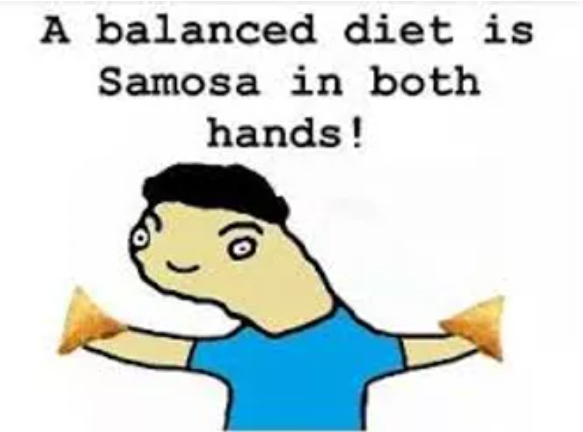 What with all this writing about ex-pats and what we miss, I found myself with a sudden craving for a samosa. Yes, that triangular delicacy, either vegetarian or filled with some kind of meat and spiced anywhere from tingling on your tongue to reaching for the fire extinguisher.

Now, I know just about every country in the world has some version of the samosa. But we South Africans have our Indian brothers and sisters to thank for introducing this humble snack to the southern tip of Africa. Next, I realized how little world knows about the sizeable Indian population in South Africa. The world should know, but once I started researching, I realized it was much too complicated for my simple blog. Hence, just a few facts pulled from reliable websites. But I have memories. Being at Rhodes University in the sixties with this gorgeous young man in the Pharmacy Department. Unfortunately, I was in the Music Department so I could only admire from afar. Years later, there was Usman, travel agent and friend. And so many in between.

The first Indians, contrary to popular belief, did not only work on the sugar cane plantations in Natal. They also worked on the railways, dockyards, and municipal services, the coal mines of Northern Natal and in domestic service.

Little known fact is that Mohandas Gandhi spent 20 years in South Africa and at a meeting of the YMCA in Johannesburg in 1908, he described his vision for the future of South Africa:

“If we look into the future, is it not a heritage we have to leave to posterity that all the different races commingle and produce a civilisation that perhaps the world has not yet seen?”

Today, South African Indians aren’t “Indians,” they are South Africans. (My words.) They can be found in every strata of the professional world. I could not find a short, informative video to recommend, if you have the time to watch – “Enriching the Rainbow, 150 years of Indians in South Africa. There are some lovely skits about stereotyping of this ethnic group where they poke fun at themselves.