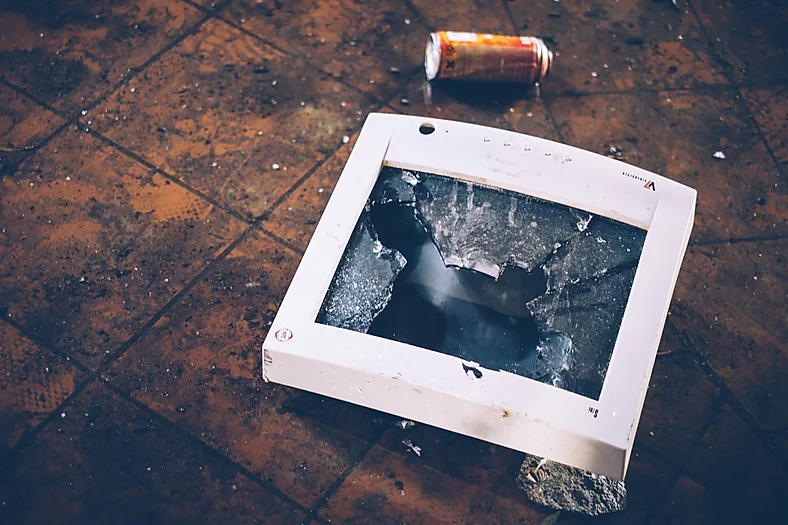 Yup, that would be me. No faith at all. Not a bit. No trust. No “it’s under control” attitude for me.

That is, zero faith in the gods in control of the WWW. Yes, that WWW. The

Complicated. Dangerous. Out of Control.

DANGEROUS. Anybody can put anything out there. It’s more or less like believing the National Enquirer.  “It must be true, I read it on the web.”

OUT OF CONTROL.  See Dangerous.

My lack of faith is in all things technological and electronic.  It continues to embrace –

Unfortunately my lack of faith in Life on the WWW, created a new problem.

Now, I’m as much as the next person in favor of conserving our natural habitat, especially the forests. I love trees. Once, in South Africa, I had the builder construct the court yard around a tree, rather than remove it.

In fact, I’m a bit of a tree hugger kind of person.

is so yesterday. Right up there with crimplene dresses, purple hair rinses and 78 speed vinyl records. Which I believe is making a comeback.

Thought there. I shouldn’t have donated that powder blue crimplene two-piece suit 50 years ago. Sigh……

But back to paper. . I proudly admit to having a paper copy of everything I’ve written since I started mayihuyou.com.

And yet, I’m only happy because I have a paper copy. I can’t get myself to trash the paper copies and I finally realized why. (That’s apart from the deep mistrust of the WWW.)

The paper copy represents the hours I put into the article. I see again the scribblings, the changes, the editing. I feel again the frustration of not finding the right word. The right phrase.

And I sense again the joy when things fell into place. When my pen slid over the paper instead of scratching and stumbling.

But then, out of nowhere, I get an e-mail. A nice comment and compliment on something I published two years ago. The WWW did not lose it. Anyone interested: https://steveandidastravels.wordpress.com/2015/08/22/sacket-harbor-and-the-forgotten-war-of-1812/

Maybe I should trust this new world of my “stuff” being somewhere in a cloud? And accept that thunderstorms and rain and lightning and air traffic, even the stray meteor, can’t affect it. And that North Korea will play nice.