MISSIVE PENNED FROM MY SICKBED 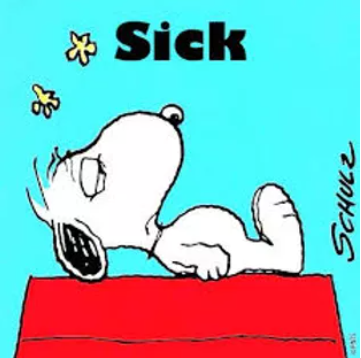 MISSIVE PENNED FROM MY SICKBED

After a week of feeling iffy with what I thought was a chest cold, disaster struck. Said good friend Claudia, “you should see a doctor.” Problem? We were on our way south, leaving early morning, arriving mid-afternoon at some marina and now have to find a clinic or a doctor? Hah!

Grateful I saw the dolphins but 24 hours later the whole mess crashed in on me. Perfect traveling weather, Captain enjoying himself on the fly bridge with the pups as company and me? Inside, a pathetic, sniveling, wheezing, coughing, miserable specimen under a blanket. I swear there were things crawling on the ceiling and I caught myself talking to myself. Ehhh…

Fast forward. With our floating condo safely docked at what will be our “place of residence” for the next two months, I finally got see a doctor. Well, correction. After 2 hours and 20 forms and realizing the 3rd language I was frowning over was Creole, (my French saved me), I finally saw a little nurse who weighed me (I’d lost 5 lbs. in a week), took my vitals, stuck one of those clip thingies on my middle finger to read my oxygen levels, tut-tutted when it registered 90% (“you have to rest, honey”), heck, I’ve done nothing but rest for a week, I waited. Again. For an hour.

In breezed this drop-dead good-looking Italian doctor. (Latin men age so well.) He peeped in my mouth, stethoscope on my back, deep breath he says, not going to happen without much coughing and wheezing and…..

“You have asthma,” he said accusingly.

Well yes, doctor. I was diagnosed just before Christmas and lucky me, I have insurance. However, the temporary inhaler my doctor gave me was powdery stuff and aggravated my coughing. The prescription stuff wasn’t covered but I could have it if I would pay $300.00 for a 3 month supply.  Second prescription sent. Same thing. Okay said my doctor’s office, ask what they WILL cover. So we did.

Only problem, by now we’d started traveling. First north, then south. Our insurance called, on the point of sending this “final” prescription to MD where we will be in June. The Captain tells them to check their website. Aaah…lightbulb moment on the insurance side.

“My inhaler will be here next week,” I tell Dr. Good-looking.

“You can’t wait. I sent a prescription for an inhaler and antibiotics to the pharmacy.” And he’s gone.

Inhaler – two puffs four times a day (Really?) Antibiotics – one tablet three times a day. (What?) So I have asthma and a lung infection?

This is why I dread flying. Somewhere on that plane is probably a sick person. I’m inhaling stale re-circulated air for a couple of hours. My chances are 50 – 50.

But for now, within 12 hours I was feeling better. I’m not where I want to be, but I’m not where I was. There are two “tails” to end my missive. First, my insurance wanted to charge me $37.00 for that inhaler. The local clinic had a generic they could sell me for $10.00 Huh?

And the final “tail” is a “tail of woe.” The Captain unfortunately caught what I had and has really been sick. Hopefully, with healthy lungs, he has more fight in him. 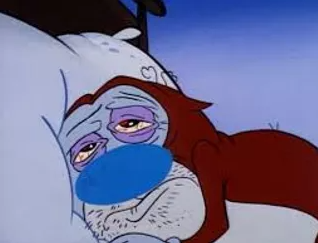