KEEP YOUR EYE ON THE PRIZE 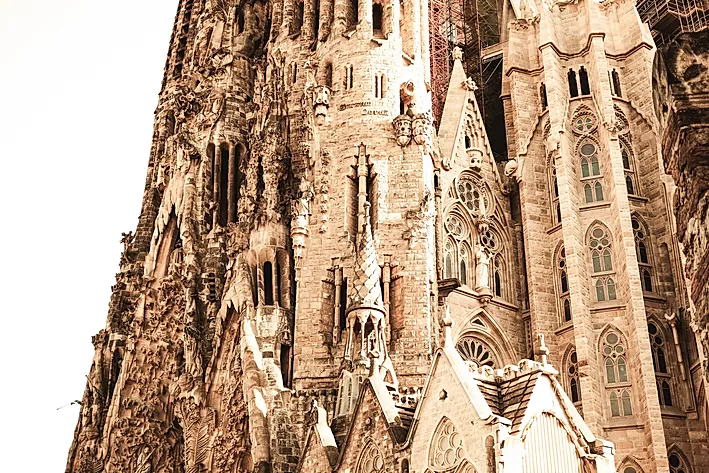 KEEP YOUR EYE ON THE PRIZE

I have this bad habit of draping my sweater across the opening of my purse. Widthwise.

This morning, on leaving church, my sweater dropped on the step. Again.

I bent down to pick it up.

The lady behind me, trying to get to the rail to hold on, nearly tripped over me.

I apologized, grabbed my sweater and got out of the way!

My thoughts went back to another Sunday.

We had to change terminals. Unable to check our luggage through to Fort Lauderdale from Majorca, we were laden with two big cases and two carry-on cases.

The Captain was in front, luggage piled high on a cart. I followed, dragging his carry-on, my sweater draped across it width wise. As usual.

My sweater slipped off.

Landed under the wheels of the cart behind me.

The Captain was nowhere to be seen.

Barcelona Airport on a Sunday afternoon is a corrida of hither and thither. A few bulls would’ve completed the scene perfectly.

I look at the various information boards. Decided to go up.

And the fun and games began.

My phone rang. To be expected.

“At departures,” I said.

Instructions followed on how to get to where he was. I was more maneuverable.

I followed the instructions.

And the Captain was nowhere to be see.

“Can’t be because you’re not here.” He said.

A few more from and to phone calls took place. And up and down escalators and more.

Eventually he asked. “Can you see a big clock across the road?”

“Well I don’t know what to say. Maye both of us can see the clock from wherever we are.” I told him.

The kind of sigh that if it fell somewhere on a lawn, the grass would never grow in that spot again.

He did find me.

Thank You Lord for cell phones.

As I picked up my sweater in front of the church my thoughts went back to that Sunday in Barcelona.

How I should’ve kept my eyes on the Captain.

And I thought of that other prize I should never lose sight of.

Photo by Cristina Gottardi on Unsplash