IT’S THE JOURNEY THAT COUNTS. 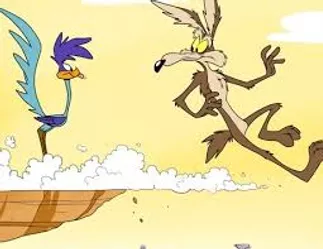 IT’S THE JOURNEY THAT COUNTS.

(#2 in The Chronicles of The Blue Goose.)

Last week, I got stuck on a sandbank, near the 7-mile bridge in The Keys. As mentioned before in the Chronicles, the Blue Goose only goes to the left or the right, in a circle or forward. It does NOT go backwards. Read: Stuck in a Mangrove Bush.

I looked for a way around the various sandbanks having no idea how much further away from shore I would have to go to find deeper water. Way out the sports boats and “road runners” were playing and the chances of “lil ‘ole me” being run over by a “reindeer” became real. You get the picture……

A visit to the 7-mile bridge was not going to happen so muttering and mumbling I set off in the opposite direction to visit friends in a neighboring marina. I was confronted with a huge sign “WARNING – HIGH VOLTAGE CABLE.” A submerged rope with big bright orange balls bobbing on the surface every 20 feet or so, led to a small nearby island. Common sense told me this cable was buried way down but I had no desire to get fried in The Gulf, regardless of the news value to others. I made a 90 degree turn to where a gentleman was cleaning his boat; a dinghy tied alongside, and asked him if he had gone over the ropes. “Not a problem,” he assured me.

90 degrees again took me back the way I came (is there a moral somewhere in this continuous 90 degree turns?) and away I went, flying over the ropes only to run into a causeway from the mainland to another small nearby island. The causeway had openings for the water to flow through but unless I lay flat on my back and tried to float through, (and imagine what’s all hanging from the bottom of the causeway – eeek!)

45 degrees turn this time (some variation at last!) and off I went, around the island and after a few wrong turns in the marina, found my friends’ slip. Empty. They’d left.

Fed up and tired and thirsty (I’d run out of water), I made my way back. Then, started thinking, waiting for the waves to do their work and calm me down. The lessons came, as always.

Getting stuck on that sandbank. We weren’t created to be cowards but neither to be reckless. How then to tread this fine line when encountering an obstacle. (And this has nothing to do with that other line – Read: Wobbling on my Fine Line) No, this has to do with stepping out in faith. If it feels good and safe, take another step. And another, and another. And if you run into a sandbank, back off! If you need help, (the paddle did it for me that time), get it. Obviously there’s a huge sign saying “Do not proceed.” Don’t ignore the signals, the little warning voice in your head or your guardian angel saying “DON’T.”

That high powered cable buried deep below. If in doubt, don’t. Only when you are sure it’s safe, proceed.

That causeway with a low clearance. You really want to go to that club but you’ll have to lower your standards to be “in”, and you might get pretty dirty in unimaginable ways. Don’t go.

And so, from The Blue Goose and I, Cyber Hugs and Blessings until next time.