I’M SMALLER THAN A SPECK! 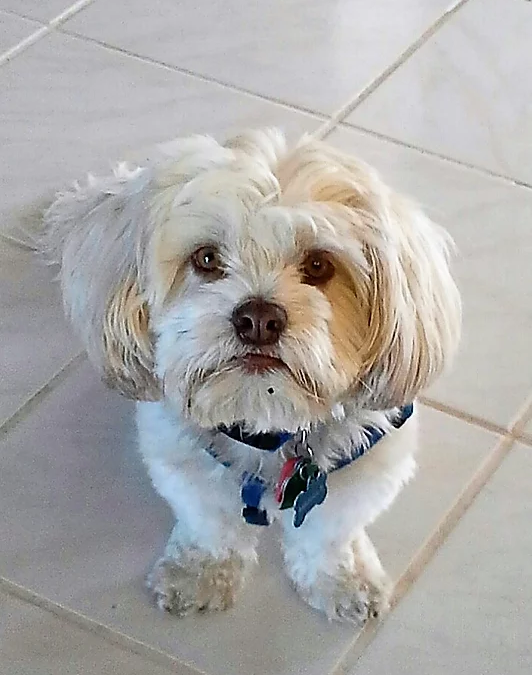 I’M SMALLER THAN A SPECK!

I was flat on my back.

Trying to empty my mind.

My yoga instructor’s voice was a melody.

She was telling a story.

How her bouncy hyper eight-year old bounced into the house and onto the bed saying,

They’d been taught about the Universe. And the solar system. The sun, planets, moons, asteroids, comets and meteoroids. And the constellations.

Out of the mouths of babes…

My mind took off.

I was with this little girl. God’s World is infinite. And I’m smaller than a speck.

Yet he knows who I am and calls me by name.

I had a little Maltese dog named Lola. Lola was old, she was sick, she couldn’t breathe. It was time to say goodbye.

I grieved. I sat in her now empty basket, cross-legged, trying to hold on to those last moments. And then I let go of the memory. Allowed her to cross the rainbow Bridge.

I asked God to please let the right dog come walking up to the front door.

It didn’t quite happen that way. He sent the “right” dog via a dog groomer. And the dog had three strikes against it.

But I said I would foster the 15 pound/male/Lhasa Apso until it found a good home.

The doggie went to be neutered and turned out to be heartworm positive.

Another strike against it.

But I had fallen in love.

Today I cannot imagine not having Mikhail in my life.

Yes, the God of the Universe cared so much about this speck, He even sent her the right dog.

Cyber Hugs and Blessings All. Don’t ever underestimate yourself. Or the Power of Prayer.

Post script – Credit to Joyce Meyer who gave me the idea to write about God sending her the right dog.