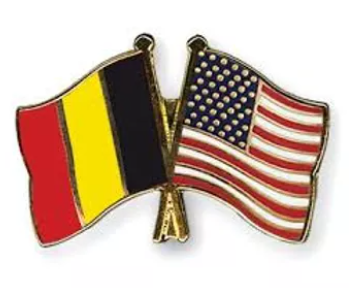 The year was 1984. The country, Belgium. Our domicile, south of Brussels in deepest Wallonia, 100%  French.

Can’t chat to the locals.  Do not speak French.

Absolutely do NOT want to stay with English-speaking people only – I want to assimilate!

Step One: Volunteer in Flemish-speaking Assisted Living Home, using my Afrikaans. Much mirth ensued as they went into dialect and had fun at my expense.

Step Two: Enroll in French School. Three hours a day twice a week. The only way I can learn. Study the grammar.

Step Three was a stroke of luck. I met a like-minded American woman and together we took ourselves off to the local Belgian welfare office, asking how we could help.

Each commune (town) ran its own facilities, were well organized and did not really need us but, said the lady, there’s a privately run “halfway house” that could do with help.

And so Home Leopold entered my life. A beautiful old red brick building set in large grounds and one of the saddest places I’ve seen. Neither assisted living nor nursing home, halfway house was an apt description. Mostly the residents were waiting to go elsewhere but then again, others would never leave.  Some only came out of their rooms for meals. Some would sit in the lounge, staring at nothing. And they all spoke French!

What to do what to do! My friend and I put our heads together. Occupational therapy would be the answer but neither of us knew squat. The inevitable light bulb moment came one sleepless night. I could learn! French still beyond me, I found a course in Leuven ((Louvain) taught by the Flemish Red Cross. While studying Gerontology, I could take a practical class on Wednesday mornings.

Well woot-woot! Problem solved. Wednesday morning I was taught in Flemish, Thursday afternoons I taught what I learned in French. The first couple of weeks we had to coax residents to come out of their rooms but it didn’t take long before we would arrive to find eager laughing faces waiting for us, tables set up for our staff, aka my friend and I.

My French improved rapidly. Thursday afternoons became a highlight and I was having more than my fair share of fun. I remember the faces but only a few names have stuck.

Madame Thiriar. It took a while to get her downstairs. Old, frail, classy written all over her, arthritic hands like little claws. I taught her how to wind wool around wire and then I’d bend the wire into dolls and funky animals. Every smile I got from her was a treasure.

And then one day, she said she wanted to give me something but had nothing left except a hanky she’d made as a young girls while boarding with nuns in Switzerland. The nuns had taught her this exquisite embroidery.

It was all she had to give. I cried, she cried and I held that frail old body one last time.

I treasured that hanky for 20 years or more; then gave it to a dear friend that had done a lot for me. The gift was meaningless; the value lay in what it meant to me. And although it went to a good home, sometimes I regret giving it away.

Christmas was coming so I rallied the Brownies to make gift bags for the residents. My basement was taken over by little people chattering, playing and stuffing bags.

And finally they went to Home Leopold, delivered the bags and sang to the residents.

I left Belgium in 1990 and those days are just another memory. But I’m glad that Home Leopold still operates and has become a part of the American Women’s Club Outreach Program in Brussels. Today I believe it’s an assisted-living facility that houses needy, mostly elderly, homeless Belgian citizens.