Confront Your Darkest Fears With Light 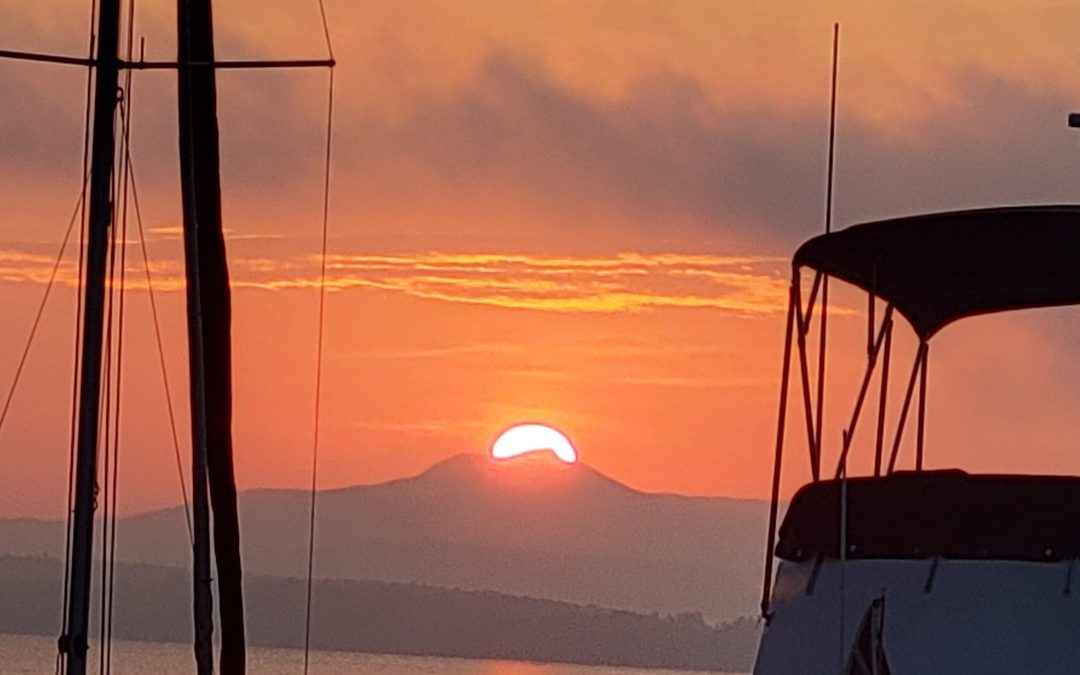 Let there be light.

I will never minimize the bursts of light that have come my way during my life so far and still come. However, my main source of light is not of this world, just as I am not. I’m just passing through. Heading for that Light that is God. No cupboard of hidden tunnels, stacks of books, or earthly darkness can obscure this Divine light but I did not understand this when I was a child.

Between my bed and me was a long, narrow passage and then a glass-fronted bookcase.

The latter looming tall and menacing in the dark, a few feet away from my bedroom door.

We were farmers. An electricity supply service from town was unheard of. If one had to have power for the vacuum cleaner or washing machine, the generator was turned on. Obviously, activities requiring power during the day were grouped to conserve the generator.

Ironing? A flat iron warmed on the Aga coal stove and wiped with a cloth to clean the surface. The refrigerator was paraffin.

The generator was turned on when night fell. A comfortable thud-thud-noise in the distance, emanating from the garage.

My parents were the early to bed early to rise variety. I was allowed to read a little later, being home from boarding school for the holidays.

It was up to me to turn off that generator when I was ready for bed. And the switch was next to my parent’s bedroom door, directly opposite that bookcase. A few steps further down the hall, next to that bookcase, was my bedroom door, my bed, and safety.

The generator switch wasn’t a touch-and-be-done button. Oh no, one had to hold it down until the thud-thud noise stopped and a few seconds beyond. No more than ten seconds in total that felt like ten hours. If you let go too soon, it would start again.

That danged bookcase was the problem

I was convinced there was a secret passage behind it. I was never quite sure where it led or who used it, but I knew it was bad. Very bad.

The bookcase was filled with incomprehensible adult reading, but that problem was easily solved. My aunt had a lending library on the adjacent farm and holidays I was her best client. Rumor has it my mother would take out books for me using all the members of the family. Then, already, I inhaled the printed word.

The bookcase problem originated in the boys’ adventure books I’d picked up, featuring tunnels and caves and more.

The only thing that stuck wasn’t the baddies getting their comeuppance, but those infernal tunnels

Too embarrassed to admit I was too scared to stand there until the comforting thudding of the generator died down, I would sing to myself, converse with my parents if they were still awake, I probably woke them a few times, and then dash across the hall to my bedroom door and the safety of my bed with my covers over my head.

One day, I knew, one day that bookcase would move and something or someone would grab me

It didn’t help that the bathroom door was at the end of the hall. I’d have to creep, in the dark, past that bookcase to get there. Thus, thank heavens for the chamber pot under a little girls’ bed.

My mother was a no-nonsense woman. My grandmother, not so much. So, it’s no surprise that it was cuddled on her lap that I confessed my fears, along with hiccups and tears.

The situation was equivalent to monsters under the bed!

Grandma explained and tut-tutted and got me a subscription to the children’s version of The Church Messenger. It had lovely age-appropriate stuff but still, right into my teens, my fears, now more of a dislike, of that bookcase lingered.

The dark holds no fear now

I’m old now. My imaginary and real fears are of a different kind. The childhood farmhouse is long gone, replaced by a newer version. I don’t know what happened to the books or the bookcase.

The dark holds no fear for me except a fear of crashing into something or tripping over a dog toy I forgot to pick up.

I never need to stumble of fall or ignominiously upset flowers I’d arranged the previous day.

I have two light sources ever-handy

At the front door, a small flashlight on a lanyard to walk the dogs after dark. The motion sensor above the door sadly doesn’t go with me. If things go bump in the night outside, I’d grab that little flashlight to investigate.

Then there’s the attached to the hip flashlight called a smartphone. Enough said

It was one step further to ponder how the inner darkness has been kept at bay through the years. As a child, we sang, “this little light of mine,” joyfully and often off-key warbling away while we clapped hands.

I grew up with faith. Sunday School followed by Catechism. Often drifting away but always that inner light held, sometimes just a faint flicker but always beckoning, waiting. We’d find the faint glow, something in a letter from a friend, or a song, a photo, a beautiful sunset. Sometimes the light would flicker fiercely. The loss of a job, the collapse of a marriage, the death of a loved one. Saying, “I’m here; don’t let go.”

One of my favorite writers is Oswald Chambers. He states the following.

Beware of not acting upon what you see in your moments on the mountaintop with God. If you do not obey the light, it will turn into darkness.

If therefore the light that is in you is darkness, how great is that darkness (Matthew 6:23)

Walk while you have the light, lest darkness overtake you (John 12:35)

And finally, one of my favorites —