BACK ON THE BEACH IN SPAIN. 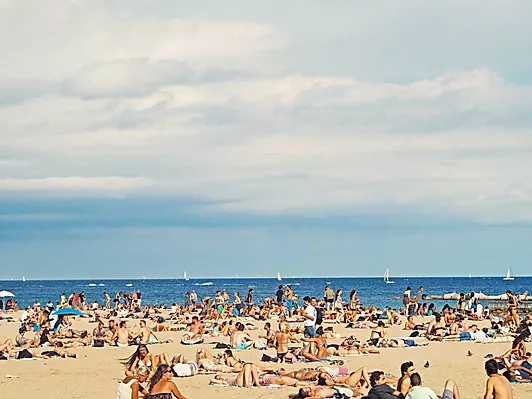 BACK ON THE BEACH IN SPAIN.

I’d sit there. Two little girls scrabbling in the sand. Building castles. Running to get water. Splashing each other. Communicating in two languages.

And I’d listen. Surrounded by a veritable Tower of Babel.

This was Ampuria Brava. Northern Spain. North of Barcelona. South of the French border. A small town that bursts its seams during August.

And I wondered what it would be like to understand everybody.

This memory found its way out of the archives of my mind as I walked the dogs on my last day in the Chesapeake before heading home.

I’m a Christian. And lately I’ve been delving in the Mysteries of the Christian Faith. There’s so much to ponder. To reflect. To study.

Photo by Federico Giampieri on Unsplash