A TRIBUTE TO MY WELSH FRIEND

A TRIBUTE TO MY WELSH FRIEND

Her name was Elaine.

She was stunning. A true Welsh beauty with a milk white skin, dark eyes, dark hair and a smile that took you in.

She was also my best friend.

She was everything I was not.

Yes, we had nothing in common. And yet, and yet, in some peculiar and predestined way we were close and enjoyed each other.

Don’t ask me what we talked about. I have no idea but we always had something to talk about.

Recently I took a trip down Memory Lane all the way to 1984 and Waterloo, Belgium.

We both had spouses that traveled.

Being South African caused further grief when I went to apply for a Belgian Driver’s License.

Well, in South Africa we drive on the left, aka wrong side, of the road.

There was nothing for it. I had to go to Drivers Ed classes and take a test.

Elaine had never learned to drive. So I insisted, cajoled, did a bit of arm twisting and threw in the “poor me all by myself” bit.

And thus we found ourselves in Drivers Ed Classes in Flemish. Hilarious, to say the least.

I believe we are the only two women in creation that could go shopping downtown Brussels and come back having spent the princely sum of a parking garage ticket and a cup of coffee.

Our trips to the Farmers Market in Wavre were even more spectacular. We bought nothing and our parking was free.

I could knock on her door at any time and be assured of a warm welcome and a cup of tea. And vice versa.

I remember a frantic me, toddler in tow. Said toddler had just shoved a bead up her nose.

And Elaine’s soft voice, “Get her to blow her nose.”

Elaine was your model housewife. And thus it made her bitter complaint about defrosting and cleaning the deep freeze even funnier when she told me –

“You know it’s so much hard work and nobody even notices. No one opens your deep freeze and comments on how clean and organized it is.”

I still smile when I think of that which is pretty much every time I open the deep freeze. And the hidden lesson.

How much hard work it is to keep the parts hidden deep inside of you that no-one sees clean and organized.

Because, in this case,

I always thought that someday we’d sit down again with a cup of tea.

It was not meant to be.

One day I got a phone call. Elaine had a particularly virulent form of breast cancer. She was being taken back to the UK. Where she passed away soon afterwards.

We never spoke again. Or had that cup of tea.

But I treasure the friendship we had. And the lesson contained in cleaning a deep freeze.

And every year, on her birthday, the 20th of October, I raise a cup of tea to my Welsh friend. I drink a toast and tell her that her husband, happily remarried and her kids, grown up and successful, have stayed in touch.

For which I’m grateful. 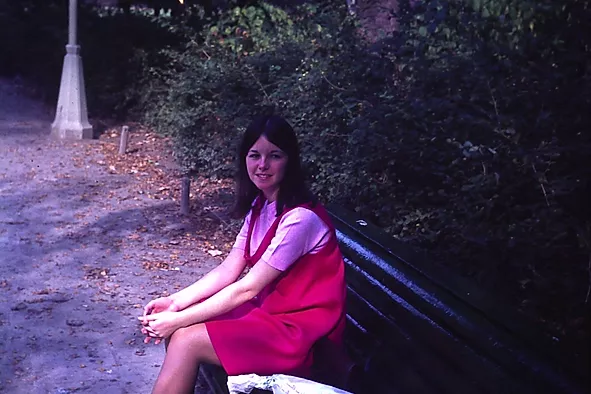