A STORY ABOUT DISAPPOINTMENT 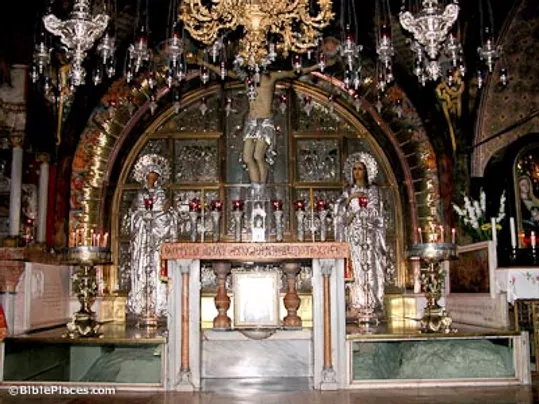 A STORY ABOUT DISAPPOINTMENT

Many moons ago the Universe contrived that the Captain and I would not spend Christmas together that year.

I scoured the stores far and wide for a suitable gift to send with our eight-year old daughter who would travel to visit her dad.

I finally found, what I thought, the perfect gift.

With a two-inch frill down the front.

Boxed and wrapped and off it went in her luggage.

“Dad says he’ll never wear something like this. So you can take it back.”

Yes, I was disappointed.

But long after the hurt had taken care of itself, the disappointment lingered.

It’s so long ago now and it took a retelling about a tour group visiting The Holy Land to dredge up that memory.

A story about another gift that was rejected.

I leave the re-telling of the story to Father James Martin.

“It was announced that the Church of the Holy Sepulchre, which houses the place where Jesus was crucified and rose from the dead, was going to be closed, for a number of political reasons. Needless to say, our pilgrims were crushed. So we had to talk about disappointment, an inevitable part of life.”

Lent is a good time to think about disappointment, since the season leads up to not only Easter Sunday, but Good Friday.

In the end, the church opened in time for us to visit, but the lesson was still a good one.

Jesus understands you when you are disappointed. And I hope that this can help you feel close to him, and more able to share your own disappointments.”

So now, on looking back, how petty and small that “issue” of the beautiful white shirt appears.

As does all the disappointments and hurts.

They are nothing more than dying embers in the fire of my life.