A DOG’S POINT OF VIEW. 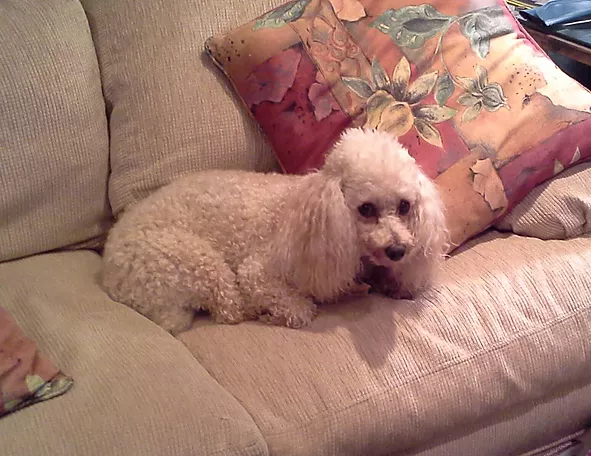 A DOG’S POINT OF VIEW.

My name is King Louis the IV, commonly known as Louie. Mom changed the common spelling to Louie as people insisted on calling me Lewis when they saw Louis and she really didn’t like that.

Mine isn’t a sad story about being a stray and starving and finally rescued. Even though that would be true of my brother. I have a good second home, loving two-legged parents, shelter, food and long walks. My first home hadn’t been that shabby either. Except for fly swatters and brooms and rolled up newspapers. But that’s history.

The problem is those long walks. I am on a fifteen foot leash and there are signs everywhere that dogs must be leashed.  If I do my business, Mom or Dad has to pick it up. Now what fun is that if I can’t leave visible proof of my passing that spot?

I did manage this morning when I crawled deep under a holly bush, pretending to sniff and then sneakily pooped. She said she’d be damned if she was going to be scratched to bits. It was hard getting back out from under that bush with thorns hooking into my fur and she said I deserved it!

I can at least life my leg on bushes or tree trunks and she can’t do anything about that.

I like sniffing and burying my nose into piles of leaves and stuff. Often she won’t let me. “I don’t know what’s lurking under there,” I heard her say, or, “that pile is so big you’ll never find your way out again!”

Duh. Well yes. That’s the whole point. Live a little dangerously.  If she’d unleash me I can check out that pile of leaves properly.

And it was my brother that nearly got nabbed by a crab some time ago, not me. I don’t do crabs.

As for meeting other dogs, she always keeps me on a short leash until “she” decides whether it’s safe to socialize.

So what if I want to snarl and growl and strain at my leash? She says I have a Napoleon complex, the smaller the dog, the more noise he makes, she says.

Hah! She thinks I’m noisy? Check out the neighborhood Chihuahua.

But, she says, there’s a lesson in there. Humans also have a path to walk. She says it’s called the Narrow Way. It’s full of piles of dead leaves and it’s not a good idea to inspect too closely. You don’t know what you might get into, or get involved with and no way out.

As for that Holly Bush of life? She says you might get badly scratched if you get too far away from your narrow path. And maybe no one will come to help you.  Snarling and muttering and moaning and cussing don’t impress anyone.  At best they will ignore you, at worst they’ll snarl and growl and bark and even bite.

Either way you lose.

Now, the problem is, she says, people want to do the right thing but find themselves doing the wrong. She says St. Paul had a hard time with it as well.

She says just to keep on trying, wake every morning and live life the best you can on your narrow path,

As always she sends Cyber Hugs, Many Blessings and may I add a wet nose and a loving lick and a WOOF! 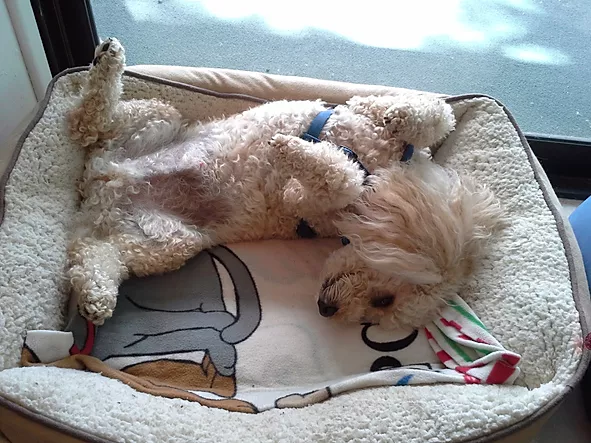